Don’t we all just wanted to be treated as an individual…?! 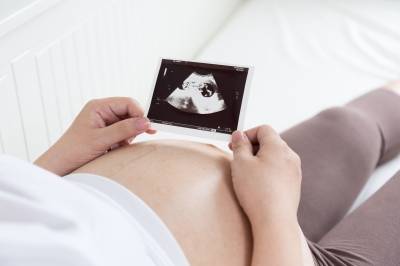 I recently had to visit the Breast Care unit of my local hospital, as I had discovered a small lump on my right breast! My GP was great in referring me quickly as naturally I was feeling very frightened and also extremely vulnerable. My appointment came through to me in the post within a week, along with lots of information designed to ease your worries and concerns whilst waiting for the day of the appointment to arrive.
On the day, I arrived in good time, I was met by a lovely receptionist who explained what was to happen next, and advised that the specialist I was seeing may be running late as they like to give each women as much time as required, but to keep an eye on the TV monitor as it would update on timings etc. The waiting room was pretty full of ladies all there for various reason. Some looking more relaxed and chatting happily and others (like me) looking nervous and afraid! I took a good friend with me that day, for moral support and to keep me chatting!
After about 30 minutes wait, I was called through to an examination room, I was apologised to for my wait immediately, and the process of checking my lump began. I was spoken to in a calm and gentle way by the nurse I saw, she really listened to me when I shared my fears and concerns, she reassured me constantly, and kept checking I was ok. I was feeling exposed as I was sitting in a room with my top half of clothing off! This is not a usual state for me, as for most of us, we feel vulnerable when we peel some of our layers off in front of a stranger!
I felt my privacy was respected and she did all she could to alleviate my worries, concerns and vulnerability in that room that day. Thankfully after this examination and a scan to double check, I was reassured that the lump was a cyst and that this was perfectly normal. We had a discussion about what could help with the pain I experienced from time to time and advised that if I was at all concerned again to get in touch. I left that room feeling like a weight had been lifted and could get back on with my life!
So why am I sharing all this with you…..This was a vulnerable time for me, feeling a lump immediately sent me down a pathway of worry and fright, especially as I had lost my sister a few years back to the dreaded C! So WHY is it that we aren’t treating women with the same level of care and respect in other areas of our health care system!!???
In my work as a Doula and Hypnobirthing teacher I am surrounded by pregnant women who at times can find themselves in a vulnerable position. It could be in the early stages of pregnancy, latter stages when baby’s arrival is imminent, during the labour or early on in their parenting journey. It can be a time of the unknown or uncertainty and we need to be treating women with the same level of care and respect that I received when I was in the Breast Clinic.
I remember a client telling me once that she was SO excited to go to her first ante natal appointment, it was almost like her pregnancy was being acknowledged despite the three home tests she had carried out herself! She came away so deflated from that appointment; she was in and out within five minutes, not given any guidance as to what was going to happen next and in her words”I was just another face that was seen that day”. What she wanted was to feel like those that will be supporting her were just as excited as her, as if this was the first time they were going to walk through this journey with her….the disappointment was clear to see on her face.
We need to remember that whilst this may be the fifteenth pregnant woman that has been through the door today, (and there maybe another ten to see) to her this is a time where she must be truly heard and listened too and not dismissed. She may be excited as this is the first time she is getting to hear her baby’s heartbeat. It could be her first scan and opportunity to ‘see’ him or her.
She may be frightened and nervous as there could be a potential problem with the pregnancy or baby, so she will want to have all her worries and concerns addressed, even if it can’t be ‘fixed’ that day or at all. She will want to be spoken to in a way that she understands and given options, backed up by evidence so she can make an informed choice that is right for her and her family.
Sadly I have seen so many occasions where women come away from appointments, feeling lost, confused and totally out of control. They feel as if they are just moving along a conveyor belt. I hear the words ‘I didn’t realise I was allowed’ all too often because they are communicated to in a way that dis-empowers them.’I didn’t realise I was allowed to go over 42 weeks’ ‘I didn’t realise I was allowed to decline vaginal examinations’ ‘I am high risk due to my age so I am not allowed a home birth’ The risk involved had never been explained to them in a way that they could understand, but just simply told “You are putting your baby at risk if you don’t”
To this day I haven’t yet met a woman that wants to put her baby’s health or hers unnecessarily at risk! Ultimately she WANTS and MUST be treated as an individual, her options explained to her fully, so she does not find herself making decsions from a place of fear.

To anyone involved in the process of bringing new life into this world (Midwives/Sonographers/Consultants/Doulas/Anaesthetists/Breast Feeding Counsellors/Health Visitors), be it during the pregnancy, birth or beyond. You are in a position of trust and privilege and that is something that should never be forgotten or taken for granted.